A Steppingstone for the Stars: The History of UVA’s Heritage Theatre Festival

Guys and Dolls to Kick Off 2020 Heritage Theatre Festival Season

The audience is seated, the lights dim, the curtain rises and the play begins. It’s a magical time for the audience …

Q&A: Weeks After Walking The Lawn, Alum Leaps Onto The Professional Stage

Ryleigh Tatum, a May graduate of the University of Virginia’s Department of Drama, will make her professional stage debut in …

Beloved Tale of Friendship, Humor, and Heartache  to be Directed by Claire Karpen Opening July 26 at the Ruth Caplin Theatre  CHARLOTTESVILLE, VA …

Forty-six years ago, David Weiss, chair of the University of Virginia’s Department of Drama, founded the Heritage Festival of American Plays as Charlottesville’s own professional summer theater. With the goal of bridging the gap between UVA students and the performance industry, the company – now the Heritage Theatre Festival – has been the only professional theater company in the Charlottesville area since it opened in 1974.

Heritage has closed its doors only four times since its founding. The first three were for financial and logistical reasons; this year, the Heritage stage went dark again in the midst of the global pandemic.

Because audiences won’t be visiting the festival in person this year, we’re taking a look back at the history of UVA’s beloved professional theater festival. 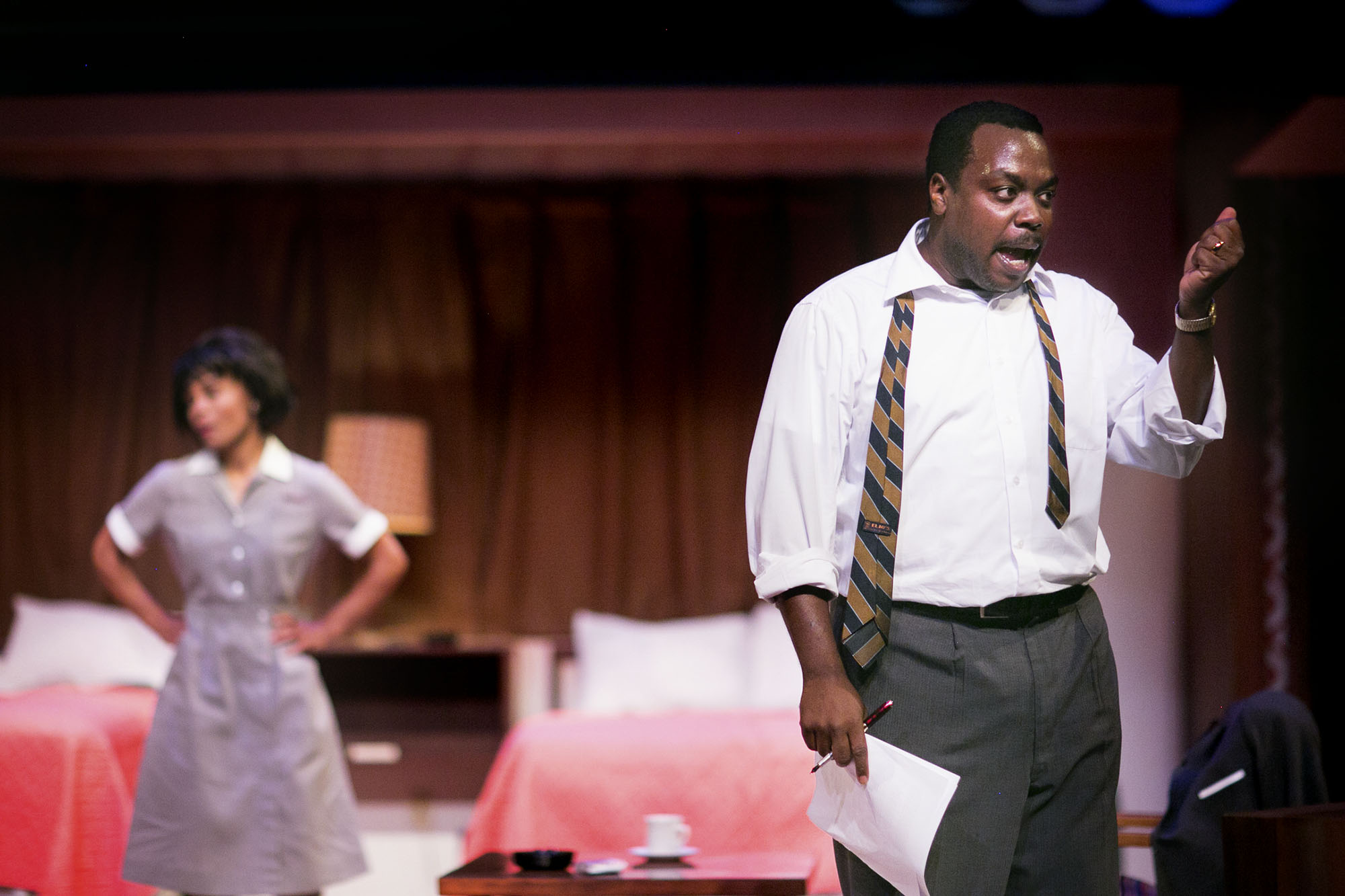 “The Mountaintop,” produced as part of Heritage’s 2018 season, told the story of Martin Luther King Jr. on the stage of UVA’s Ruth Caplin Theatre (Photo by Jack Looney).

According to Heritage Business Manager James Scales, who has been with the company for 24 years, Weiss originally created the festival with the goal of attracting tourists on weekend trips to Thomas Jefferson’s Monticello.

“The drama building was new in 1974, and the bicentennial was coming up in 1976,” Scales explained. “The current chair thought we should have a summer theater here to give tourists something to do when they stay the night in Charlottesville.”

The “Heritage Festival of American Plays” moniker stemmed from the fact that during the first few years the company exclusively produced classics of the American theatrical canon, Scales said.

To this day, anyone who sets foot backstage at UVA’s Culbreth Theatre will notice a large prop locomotive hanging in the wings.

“That train was built in the ’70s to do the melodramas, where the heroine is tied to the train tracks,” Scales said. “We liked the train so much that we did another show like that in the late ’70s!” 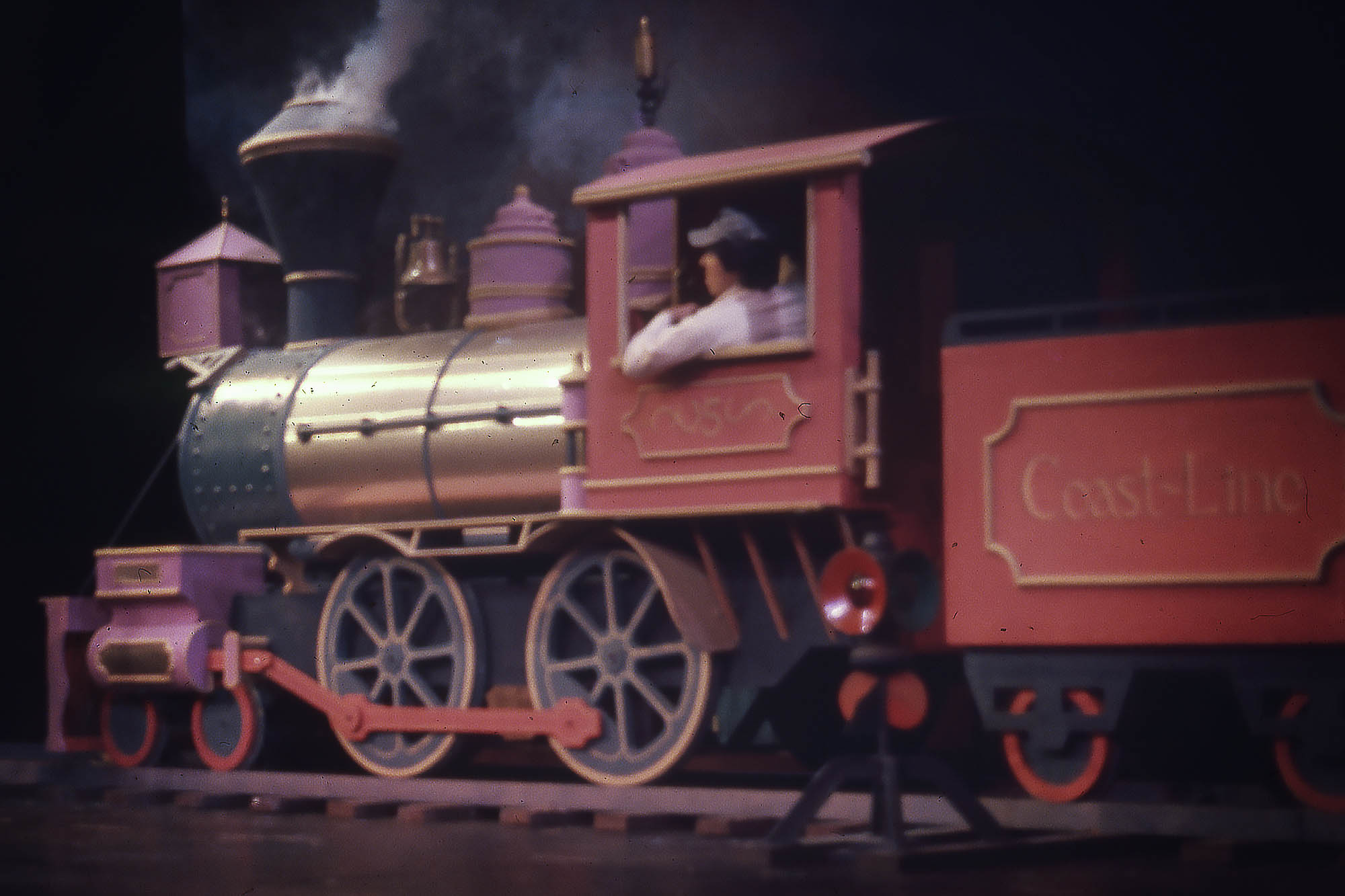 This train, still hanging in the wings of UVA’s Culbreth Theatre today, made its debut in the 1975 Heritage Theatre Festival production of “Under the Gas Light” by Augustin Daly, directed by George Black. (Contributed photo)

Starting with the inaugural season, Weiss gradually built the Heritage season from the ground up. By 1976, the company was producing five full-scale shows and was ready to take in the great influx of bicentennial tourists.

However, the influx never came.

“All the tourists came and went to Monticello … and then they got back on their buses and went to Colonial Williamsburg,” Scales said.

The hoped-for “weekend trips” had become day trips, and as a result Heritage had its first dark summer the following year. However, the company was back on its feet in 1978 and wasn’t dark again until 1982. 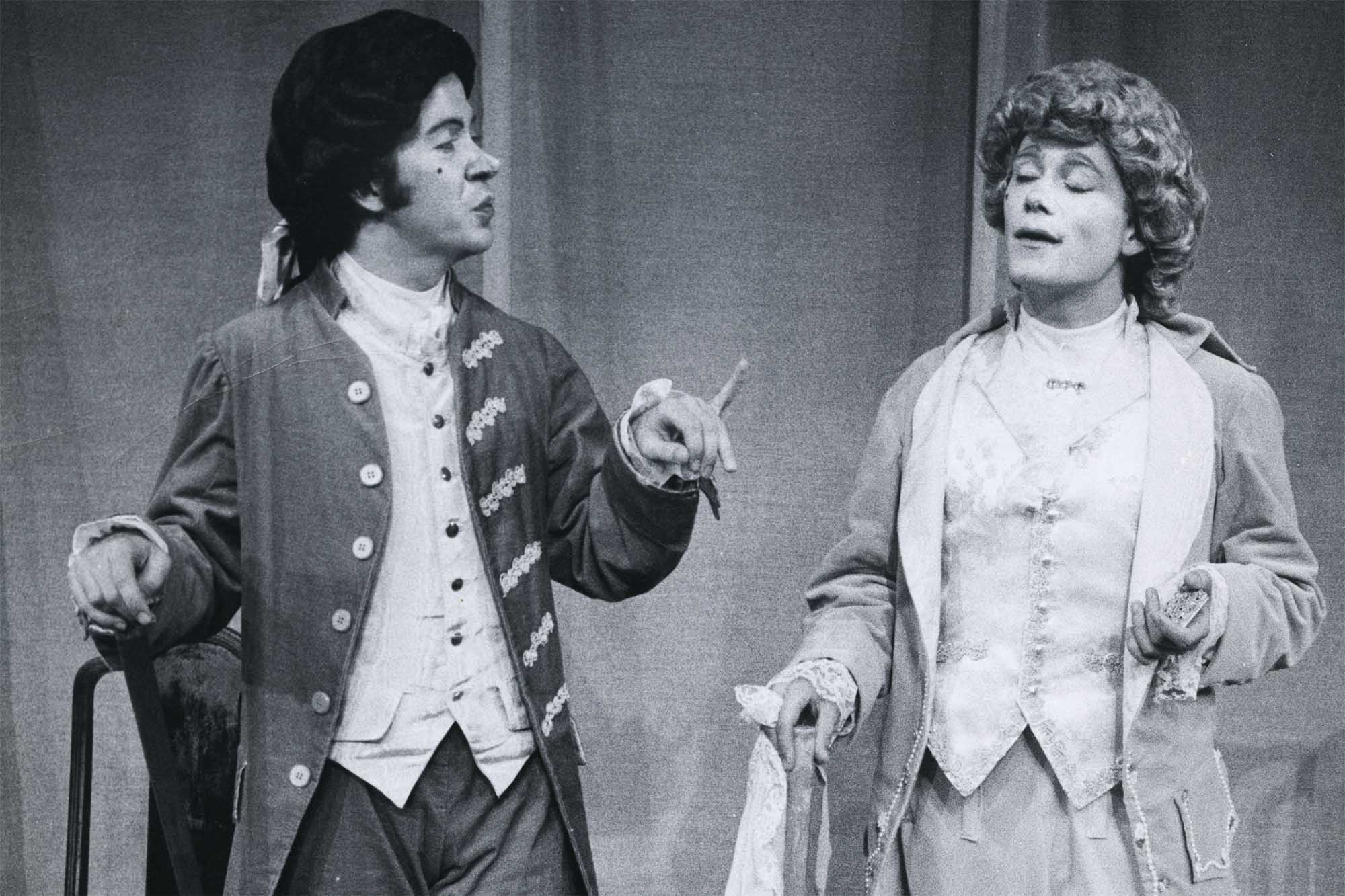 “The Contrast,” an American Restoration comedy by Royall Tyler, was one of the plays produced during Heritage’s inaugural 1974 season. (Contributed photo)

According to Robert Chapel, who served as artistic director of the festival for 20 years, the company eventually lost steam with locomotive plays.

“They eventually ran out of good plays that were classics,” he laughed.

When it began to diverge from producing strictly American plays, the company rebranded itself as the “Heritage Repertory Theatre.” At this point, Heritage performed its entire season in “rotating repertory,” meaning a single company of actors performed every show in the season on a rotating basis. A different production was mounted every night of the week, encouraging tourists to stay in the area for an entire week to see everything the company had to offer.

This unique structure inspired UVA alumna Emily Swallow (“The Mandalorian” and “The Mentalist”) to pursue an acting career.

“I loved the experience of performing in different shows with some of the same company of actors,” she said. “I got to play wildly different roles and grew in my craft. It absolutely inspired me to pursue acting as a career.”

The company stayed under the umbrella of repertory company until 2008, when it became the “Heritage Theatre Festival” we know today. In the current format, each play has its own run for about two weeks before ceding the stage to the next production. 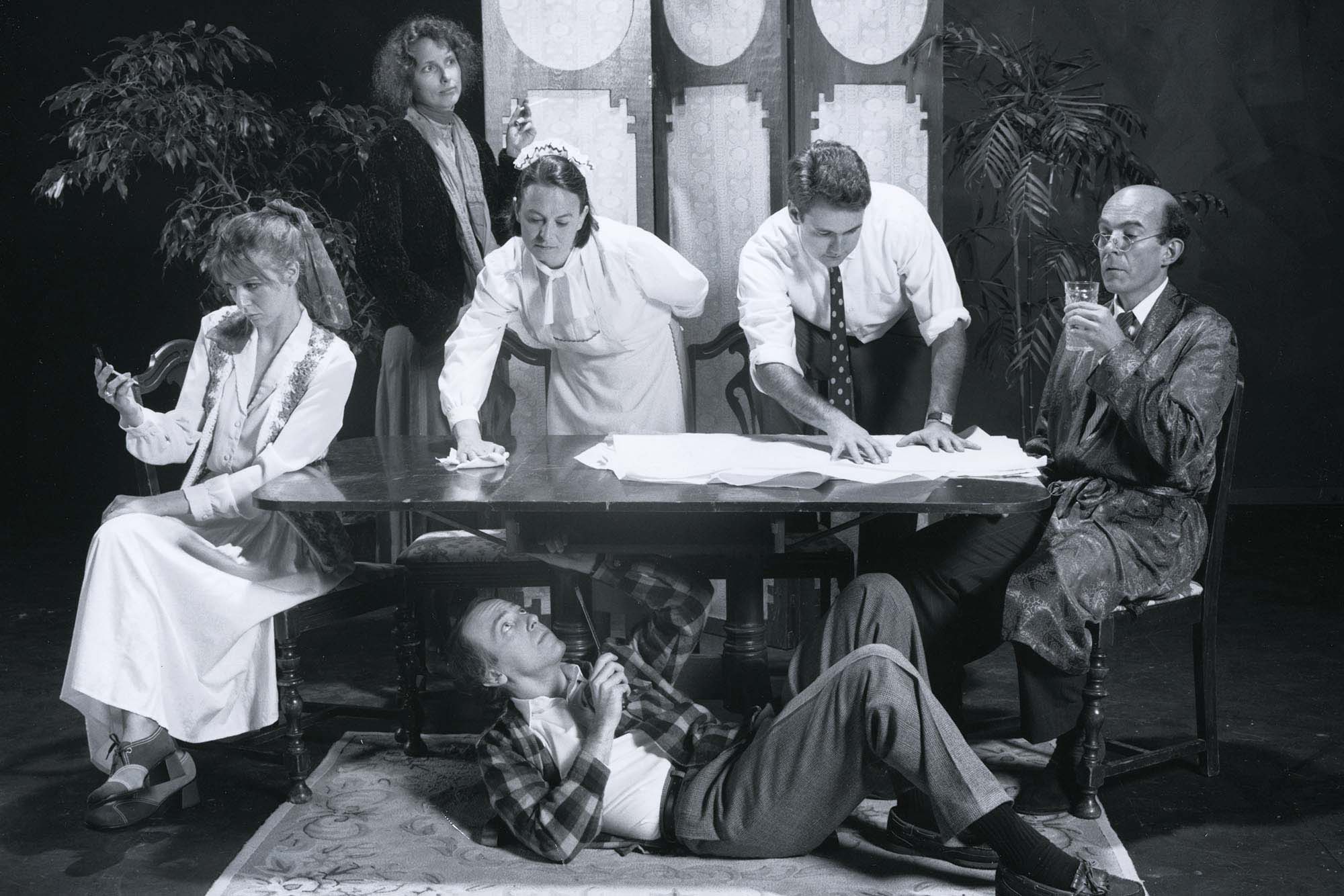 Robert Chapel directed plays at Heritage for almost 30 years, including this 1991 production of “The Dining Room,” by A.R. Gurney. (Contributed photo)

When Chapel joined the team, first as the director of “The Diary of Anne Frank” in 1987 and later as the artistic director of Heritage and chair of UVA’s drama department, he introduced another important element to Heritage’s history: musicals.

Chapel certainly didn’t expect his decision to make the trek from New York City to direct “Diary of Anne Frank” to be such an important turning point in his career.

“It seemed like a very happy theatrical organization,” Chapel said of the company. “Little did I know driving down to Charlottesville that I would spend pretty much the rest of my life here.” 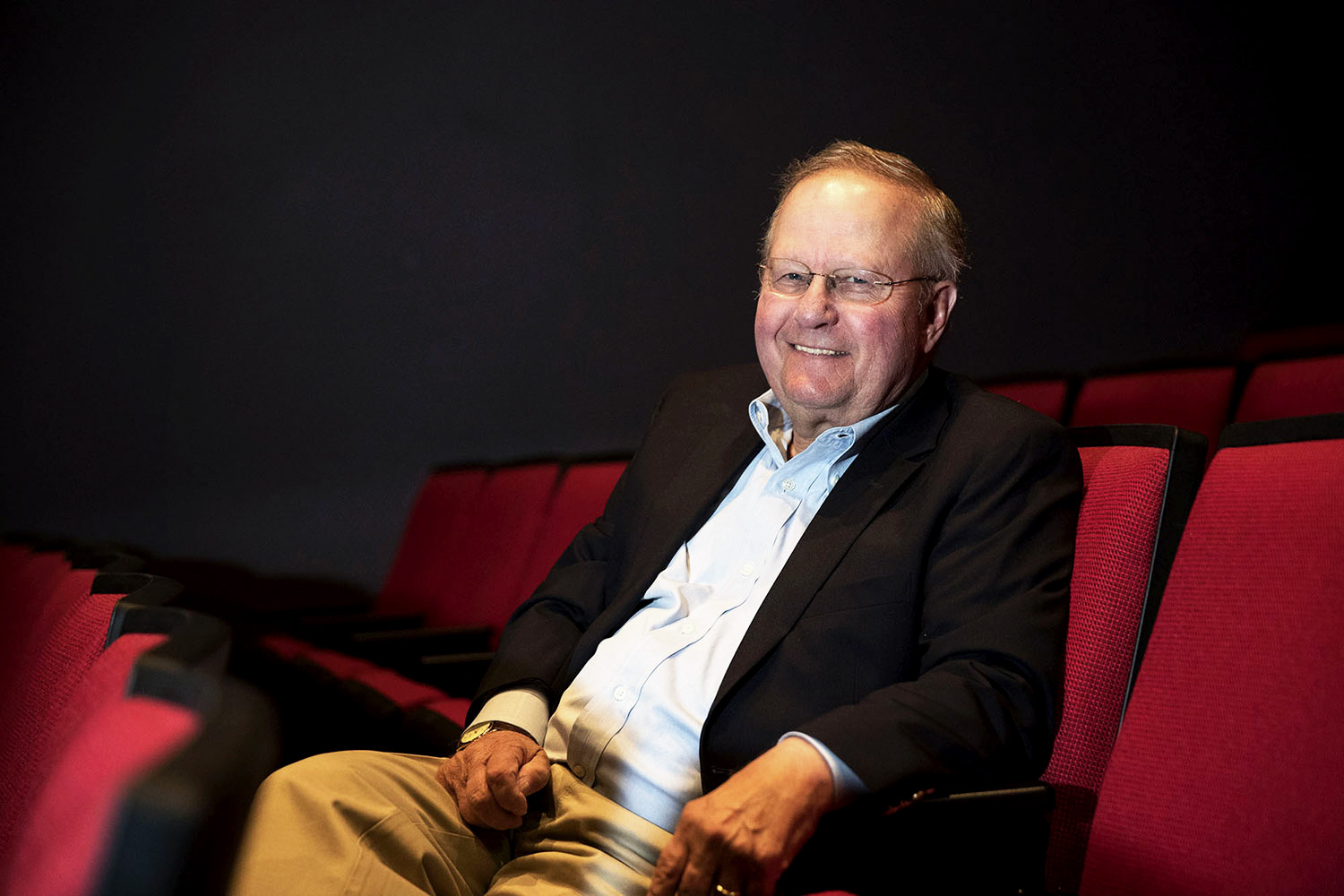 Chapel directed more than 75 productions during his time at UVA. (Photo by Dan Addison, University Communications)

During his 20 years as artistic director, Chapel introduced a new season model that included multiple large-scale musicals every summer. With this came a plethora of star-studded additions to the team. During Chapel’s second summer with Heritage, future Broadway composer Andrew Lippa served as the music director of “I Do! I Do!”

Every year, young and upcoming artists perform alongside industry professionals on the Heritage stage. According to Chapel, who also mentored powerhouse comedy star Tina Fey, that’s what makes Heritage unique.

“It’s so special because of all of the amazing young people I was able to work with, many of whom have gone onto professional careers,” said Chapel. “I’m proud to say that we were a real steppingstone.”

Beside Swallow, some of these stars include Wayne Knight (Newman in “Seinfeld”), Jean Stapleton (Edith Bunker in “All in the Family”, Daniel Watts (“Tina” on Broadway), Fergie L. Philippe (“Hamilton” on Broadway) and Jared Bradshaw (“Jersey Boys” on Broadway). 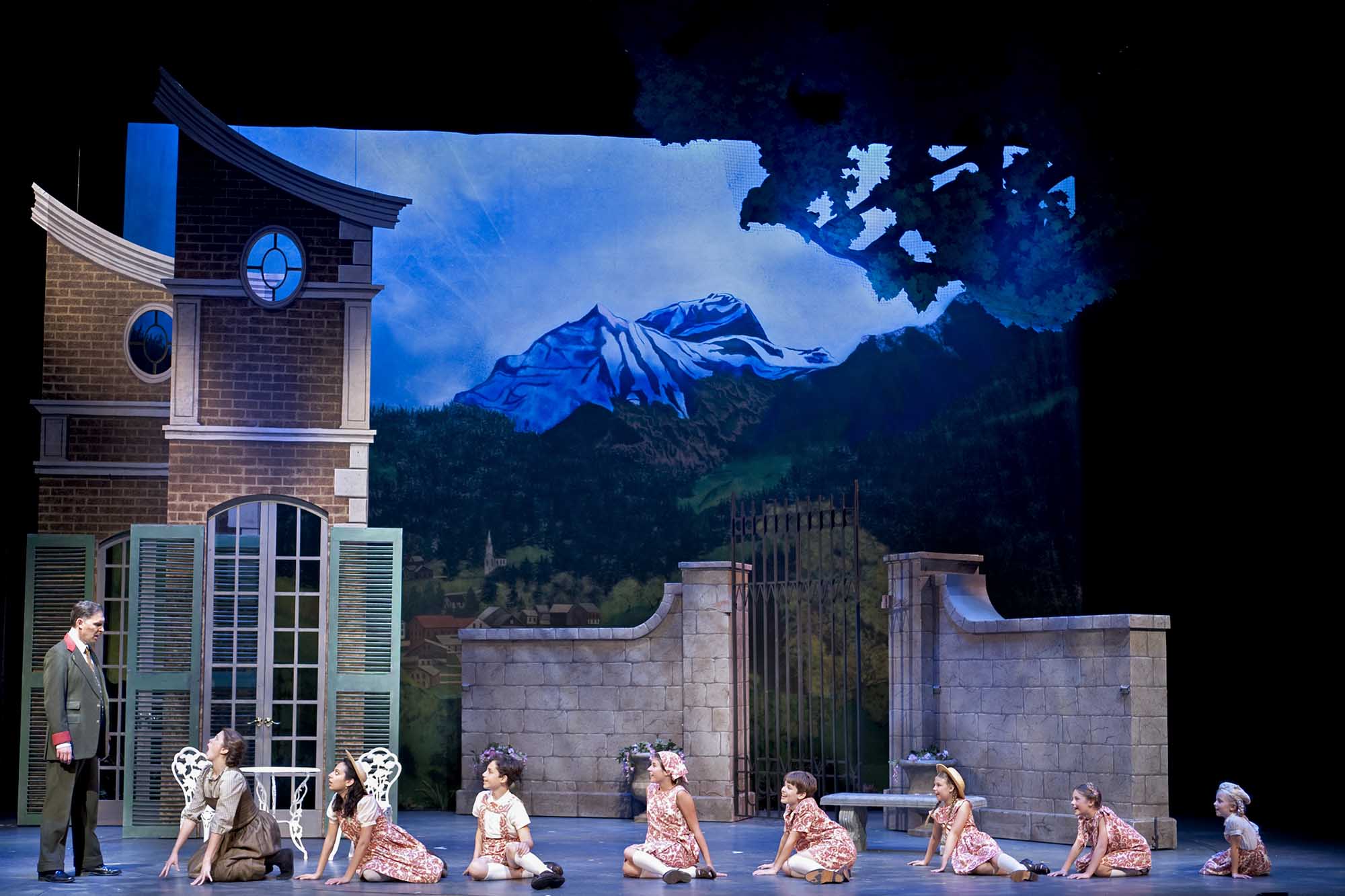 Chapel directed this 2010 production of “The Sound of Music” in UVA’s Culbreth Theatre. (Contributed photo)

During its inaugural season, Heritage featured three Equity actors who worked alongside non-Equity performers. According to current artistic director Jenny Wales, the company now brings in more than 100 cast members, from union and non-union actors, technicians, designers and other “creatives,” every summer.

While the theater is dark this summer, many company members aren’t discouraged. Wales believes the current pandemic will ultimately reveal the necessity of live theater.

“If anything, this situation has revealed the necessity of human connection,” said Wales in an interview earlier this year. “What we do in the arts is provide a place of connection. I think the arts – while incredibly important to navigate through these days – will be imperative when we emerge to unite and heal our communities.”

Scales is no less optimistic.

“We’ve been dark before,” he said, “and we’ve always come back, gathering in a shared space to tell stories. We’ll come back this time, too. Delayed, but not diminished.”